This is about as bizarre a title for a blog post as one can imagine, perhaps next to an upcoming post on artificial intelligence and its application to acoustics in cemeteries or teaching goldfish dolphin tricks.

Men really would love carrying handbags (or, purse, in American English) around; it's just that most of them can't deal with the social stigma attached to it. A security guard in my building recently commented on a new neighbour moving in who was probably gay; I asked why, and it's "because he carried a handbag." Ironically, the security guard himself is gay and has a wonderful husband too, so he wasn't being prejudiced, that's just what society has taught us in places like the UK and USA.

A couple of years ago, a sales guy in Hong Kong sold me a Goyard camera bag. I didn't really know what to do with the damn thing, but the economy was really bad at the start of the pandemic, many retail employees were losing their jobs and so I thought I'd help a bit, pretended to like it and forked out some cash for the thing. It dangled meaninglessly off a hook in the wardrobe gathering dust and fluff for a few months until I found my ability to organise pocket accessories lacking occasional bike rides or hikes. I took the wretched camera bag and found things were less likely to fall out and get lost, and it allowed more freedom of movement of the legs at pace. I'd pop into shops and leave the bike, and noticed how convenient it was to be carrying things over my shoulder, always easily accessible but securely stashed away.

Fast forward a couple of years and I'm a regular handbag carrier. It's culturally acceptable in parts of France or Spain for a man to carry a bag that looks more like a 'purse' or 'handbag' than a satchel, backpack or briefcase without necessarily being viewed as effeminate but traditionally in the Europe and US this has been far less common. Perhaps because in ancient times the men were hunters and the girls were gatherers, men walked around with their spears threatening animals while the girls picked things (or milked things). However in London I've started to notice the odd dude carrying a handbag around, particularly something stylish with a strap that goes across the shoulder. It's a welcome change in what's viewed as culturally acceptable.

I took the camera bag to work a few times for the hell of it, got mocked a bit by a few friends, but quickly realised that the girls have been onto something for some time. We have been missing out on so much convenience by not carrying a bag! Some of the benefits I've found are:

Keep the basic stuff out of your clothes: One of my best friends always wears a suit around town; as he will articulate, men's jackets with their multitude of pockets—including ticket pockets, which are coming back into fashion—were designed to carry everything. However back then we didn't carry sunblock because we didn't understand the risks of skin cancer, we had no mobile phones, no pandemic masks and no sunglasses, and probably didn't carry poop bags to pick up dog shit. A well fitted jacket or trousers suddenly doesn't look good when it's bulging at the seams with accessories. Furthermore, this friend lives in a climate with regular sub-zero temperatures, if he was in the mediterranean he'd want to ditch the suit.

Space for bigger phones: We all know phones are every increasing in size and weight—a common complaint by men about Pro Max phones is they aren't comfortable in the pocket when sitting down (hint: plenty of room in the bag!).

Space for pandemic & weather stuff: Since the pandemic, I prefer to take around a bottle of hand sanitiser and a spare mask or two. In California I need sunblock and lip balm because my British skin, accustomed to darkness and precipitation, burns in the intense dry heat. I don't carry sunglasses, but if I did, they would go in there too instead of hooking them on a polo shirt. Keys, coins (if necessary) and wallet always go in the bag.

Stuff doesn't fall out: I've occasionally dropped or lost key cards or subway cards when they are alongside my wallet in my pocket: The wallet gets pulled out, and something flies out along with it or gets dropped on the floor. I see men dropping stuff on the floor quite often in queues at shops, especially coins, and always leaving things like sunglasses behind.

Safety: A bag across the shoulder with a zipper and a fold-down lid is almost impossible to pickpocket without being noticed and next to impossible to just swipe unless your thief happens to look like a cross between a giraffe and a flamingo or have heavy duty scissor fingers. Get a bag with a chain if worried about that.

Preservation of accessories: Wallets in trouser pockets get rubbed and bent out of shape, and wear prematurely, particularly if the person carrying the item is quite active. Sunglasses get bent. Colours on leather can rub off. If your wallet or other accessories are of good quality, they are worth taking care of. They last far longer in a bag than in a pocket.

Style: like most other things we wear or carry, the bag is just one more thing that can give a bit more insight into the carrier's personality, their choice of colours, fabrics, shape and everything else. There's a reason why handbags are such an important accessory for girls.

In the end, I'm now a happy owner of three different cross-shoulder bags designed for men, two saddle bags and one camera bag. A number of the European designers are doing more and more suitable products for men, and as time goes by I will be acquiring a couple more for different occasions.

Try it! Once you get used to it, carrying a handbag is incredibly convenient, brings peace of mind and allows you to take better care of all of your stuff. There's really no downside at all that I can think of. 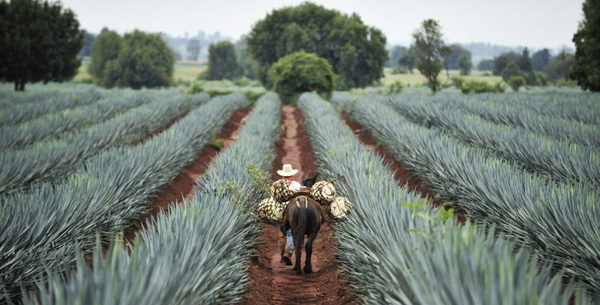